In a research report issued today, Imperial Capital analyst Bob Mcadoo maintained an Outperform rating on American Airlines (NASDAQ:AAL) with a price target of $92, which represents a potential upside of 84% from where the stock is currently trading.

Mcadoo wrote, “American Airlines Group operating results have and will likely continue to benefit from strong industry fundamentals, structural changes to legacy AMR, and merger-related synergies. However, what we believe will be even more impactful on 2015 results will be the substantial decline in jet fuel prices, which have decreased approximately 50% from 9/30/14 levels. This decline in jet fuel is more than enough to offset short term PRASM forecasting variability or any minor merger integration issues. To date, the earnings impact of this decline does not appear to be included in the current 2015 consensus estimate. In the coming weeks, we expect to see the Street reset its earnings expectations based on the present fuel reality.” 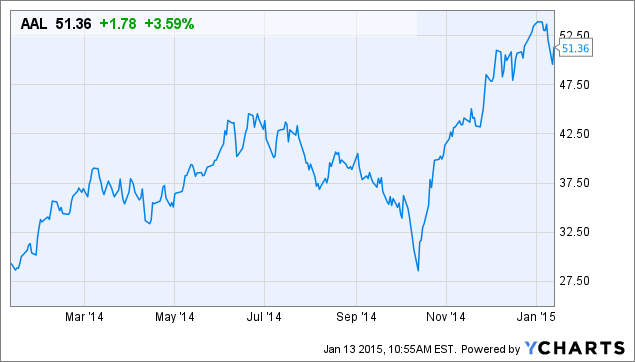