Canaccord Genuity analyst Matt Ramsay came out today with a favorable report on Ambarella Inc. (NASDAQ:AMBA), after the company reported Q4/F’15 results with revenue of $64.7 million and non-GAAP EPS of $0.68, well above Ramsay’s estimates of $58.8 million/$0.45.

The analyst reiterated a Buy rating on the stock and raised the price target to $74 (from $66), which represents a potential upside of 17% from where the stock is currently trading. 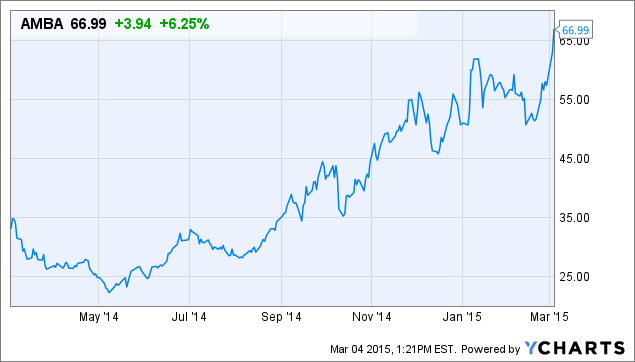