In a research report released today, William Blair analyst Mark Miller maintained an Outperform rating on Amazon (AMZN) as Amazon’s third-party sales growth accelerated to 40.4% in July, a further step-up from growth of 34.4% in June, 28.1% in May, and 27.0% in April. Impressively, Amazon’s third-party sales growth has accelerated every month of 2014.

Miller noted, “Many consumers (and investors) are not aware that Amazon provides fulfillment for third-party sellers even when the transaction occurs on a competitors’ platform. While Amazon enables third-party sellers to offer a better level of service to consumers off platform, compared to them doing fulfillment on their own, the more-important, longer-term positive is that third-party sellers are partnering with Amazon more deeply by maintaining their inventory in the Amazon fulfillment centers. It’s a more-recent development, but in July the unit volume of third-party FBA usage off the Amazon platform doubled versus a year ago (and now represents 2% of all FBA orders). This is a high-value, annuity-like fee stream that investors should covet.”

Furthermore, the analyst wrote, “With the second-quarter earnings release, investors chose to focus on the projected loss in the third-quarter guidance, which is understandable given the uncertainty of near-term returns with AWS, digital content, and devices. From our vantage point, the acceleration in third-party growth is evidence that the stepped-up investments by Amazon are creating a tangible payback. We don’t know whether it is attributable to added confidence with rollout of sortation centers ahead of the holiday season, or a more-robust ecosystem in general, but it reinforces our belief that management is making rational decisions for the long term.” 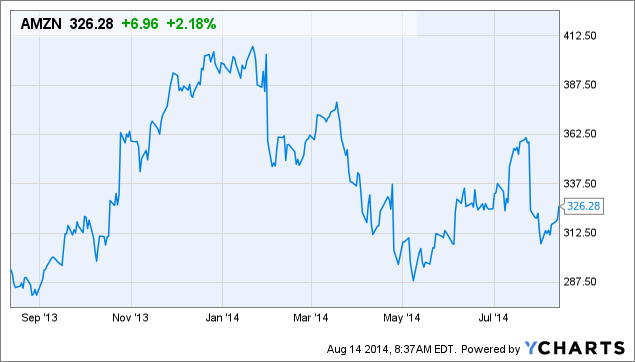