In a research report released Friday, Wedbush analyst Michael Pachter maintained a Neutral rating on Amazon.com, Inc. (NASDAQ:AMZN), while raising the price to $435 (from $395), which represents a slight downside from current levels. The increased price target comes after the company reported its first-quarter results, posting EPS of $(0.12), compared with Pachter’s estimate of $(0.10). The stock price surged 14.20% following earnings on Friday.

The analyst believes that the Amazon Web Services has become a significant part of the business. He noted, “While we have had little visibility into the AWS business in the past, AWS will now be reported as a separate segment, along with North America and International. The business generated $1.566 billion of revenue during the quarter, and contributed $265 million of non-GAAP operating profit.”

Furthermore, “We think that many investors expected AWS to be generating revenue at a higher rate; similarly, we think that most believed the business to be unprofitable. Amazon’s intent to expand AWS is clear, and we expect operating margins to expand going forward.”

Bottom line: “While we think it will take some time before EPS grows sufficiently to justify its share price, we believe a higher multiple is warranted now that we see that AWS is profitable.”

According to TipRanks.com, which measures analysts’ and bloggers’ success rate based on how their calls perform, analyst Michael Pachter has a total average return of 0.8% and a 48.3% success rate. Pachter is ranked #1938 out of 3579 analysts. 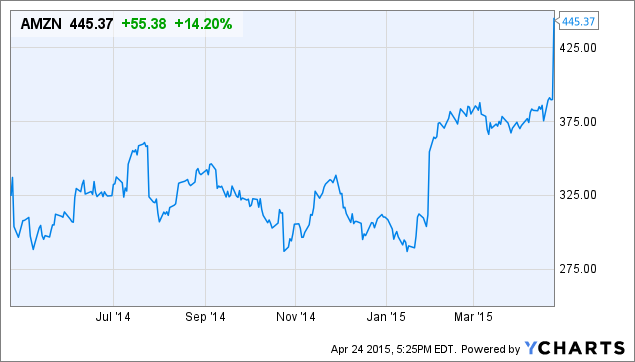