In a research report published this morning, Roth Capital analyst Debjit Chattopadhyay reiterated a Buy rating on Alcobra Pharma (NASDAQ:ADHD) with a $40 price target ahead of the company’s report of the first of its two phase 3 studies in adults with ADHD.

Chattopadhyay wrote, “The enrollment criteria, study design/duration, and primary/secondary endpoints closely approximate the successful phase 2 study. Based on MDX’s impact on cognitive/executive function, we anticipate a robust readout especially in patients with ADHD-I. For risk-tolerant investors, we recommend buying ahead of the data.” The analyst added, “In the phase 3 study, 39% of the patients are ADHD-I, which drives the study power to 90%. Of the 300 patients, 215 were enrolled from 18 sites in the U.S and 85 were enrolled at two sites in Israel. Note that ~50% of the patients in the study are women. In the ADHD-I subtype, MDX is expected to deliver an effect size of 0.6 (recall that in the phase 2b study the effect size was 0.9).” 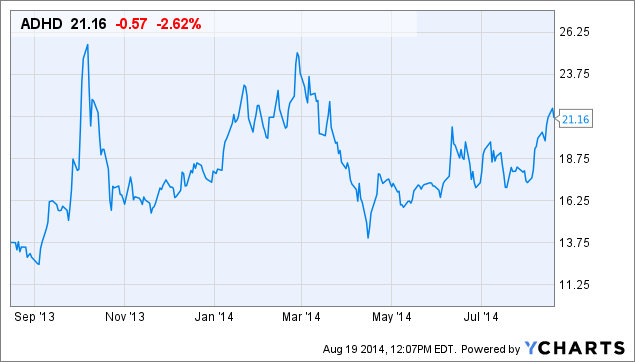