Alcobra: No Raise Ahead Of Data – Strong Signal To Investors, Says Canaccord

Newman noted, “We view Alcobra’s $2.2B peak sales forecast for metadoxine in ADHD as very reasonable based on data presented at their analyst day. Alcobra assumes a ~9% peak share of a ~93M prescriptions, based on 60M current prescriptions growing at a rate of ~5% annually. The company assumes pricing of ~$377/month based on initial pricing of $243 per month and only 5% annual price increases versus the current 11-15% CAGR for ADHD price increases. The company then assumes a 70% gross-to-net ratio to arrive at $2.2B peak sales in adult ADHD”. He continued, “Alcobra clearly stated at its analyst day that the company will not raise capital ahead of Phase 3 data – a strong signal for confidence in positive Phase 3 results for metadoxine in adult ADHD”.

According to TipRanks.com, which measures analysts and bloggers success rate based on how their calls perform, analyst John Newman currently has a one-year average return of -5.1% and an 53% success rate. Newman is ranked #2907 out of 3217 analysts. 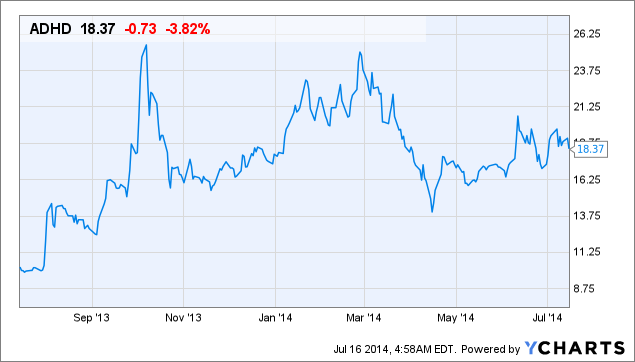