In a research report issued today, Albert Fried analyst Richard Tullo reiterated an Overweight rating on shares of Pandora Media Inc (NYSE:P), while raising the price target to $24 (from $19), after the Copyright Royalty Board (CRB) has affirmed the use of the company’s deal with Merlin as a valid benchmark for broader recording royalty rates.

Tullo commented: “The Merlin deal is important in three ways 1 ) The headline rate is lower than the CRB rate, 2) Pandora provides Merlin promotional benefits under its agreement. And 3) The CRB just admitted the Merlin rate as evidence of a market deal for IP Music Royalties. We think the admission is good news for Pandora but we think the eventual rate will be decided on in early to mid December 2015.”

Out of the 31 analysts polled by TipRanks, 21 rate Pandora Media Inc stock a Buy, 9 rate the stock a Hold and 1 recommends Sell. With a return potential of 9%, the stock’s consensus target price stands at $22.78. 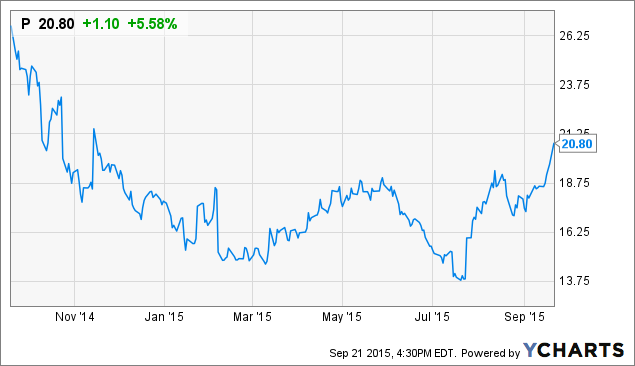