Benjamin noted, “We view these results as excellent news for investors, as the shingles vaccine program could potentially yield worldwide revenues surpassing $750 MM, based on the performance of Merck’s approved zoster vaccine (Zostavax). We believe this could translate to a steady stream of royalty revenue for Agenus, potentially peaking between $10-20 MM per year if HZ/su is approved.”

Furthermore the analyst wrote, “We remind investors that the shingles vaccine is just one of 17 ongoing partnered programs involving QS-21, and that HZ/su is the second vaccine to demonstrate efficacy in a randomized Phase 3 trial. In our opinion, potential royalties from multiple QS-21 programs could ultimately offset a significant portion of costs associated with development of Agenus’ immuno-oncology pipeline, which currently includes eight fully human antibodies against a variety of checkpoint molecules.” 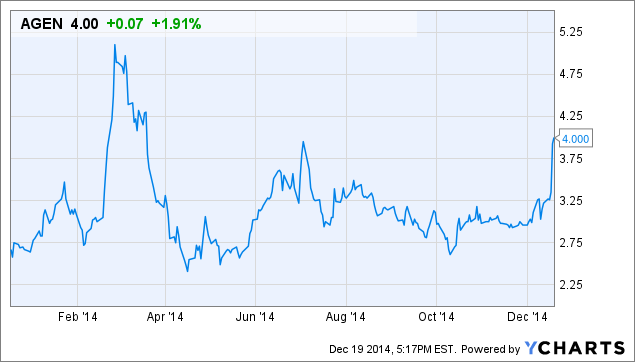