Lee wrote, “Aegerion posted Juxtapid sales of $36.0 million, above our $35.8 million estimate and consensus of $35.4 million, based on growth in the US market. A 5.9% price increase on June 1st also likely contributed to better-than-expected sales. The company maintained its prior revenue guidance but expects sales to be toward the lower end of the range. This would still imply significant growth acceleration in 2H to meet the $180 million target (our estimate $177.5 million; consensus $173.1 million). Management remains confident in its guidance because of uptick in new prescribers and strong demand in the US and Brazil. We maintain that AEGR shares remain undervalued given the significant market opportunity in HoFH and expect shares to bounce back given today’s news”. 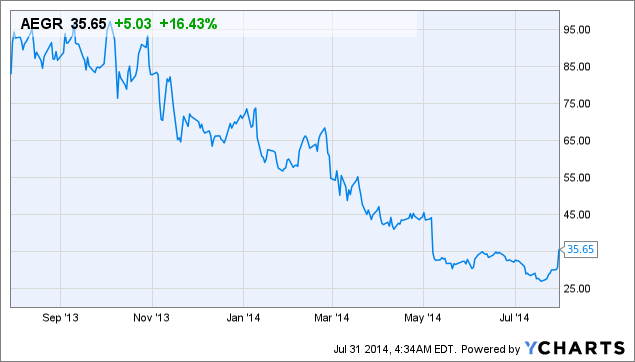