Roth Capital analyst Ed Arce reiterated a Buy rating on Acura (NASDAQ:ACUR) with a price target of $1.50, which represents a potential upside of 154% from where the stock is currently trading. The report follows the company’s third-quarter results, which were reported on Monday.

Arce wrote, “ACUR reported 3Q results slightly better than expected, though largely immaterial to our thesis. ACUR remains confident in reaching a commercialization agreement for AVERSION oxycodone, though it now believes signing a new partner could slip from year-end into early 2015. Separately, we view the potential of an IND-stage Advisory Committee meeting for AVERSION hydrocodone/acetaminophen (AVERSION H/A), to address the nasal abuse relevance question, as a positive in potentially clarifying a development path forward for the product.” 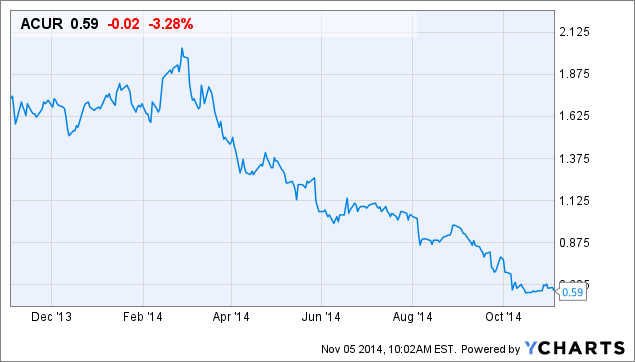