In a research report issued today, Roth Capital analyst Ed Arce affirmed a Buy rating on AcelRx Pharmaceuticals Inc. (ACRX) with a $22 price target, which represents 121% upside to the current share price. The report comes ahead of July 27 Zalviso PDUFA date, which according to the analyst, “is likely to be approved one week from today”.

According to TipRanks.com, analyst Ed Arce currently has an average return of 43.6% and a 38% success rate. Arce has a -12.6% average return when recommending ACRX, and is ranked #216 out of 3216 analysts. 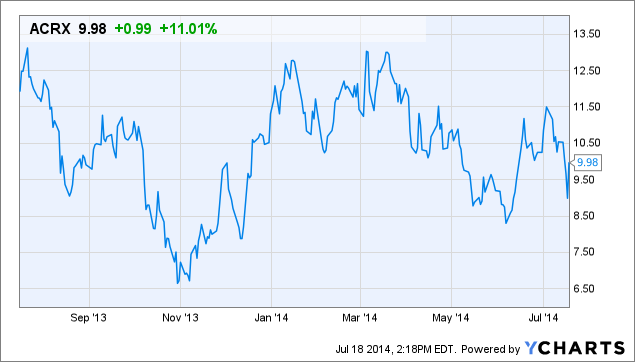