Analyst Neil Maruoka of Canaccord believes that regardless of the FDA’s concerns, Valeant Pharmaceuticals Intl Inc (NYSE:VRX) pipeline drug brodalumab could one day be a major contributor to Valeant’s front line. The drug is used to treat severe plaque psoriasis in adults.

The FDA released briefing documents for the Dermatologic and Ophthalmic Drugs Advisory Committee before their meeting today. The documents show concerns the Agency has with connection to the amount of suicides and major cardiovascular adverse events, MACE, there are related to broda. The analyst believes that these concerns contributed to development partner, Amgen, dropping broda. Furthermore, these concerns may lead to broda receiving a restrictive label, which would hurt profits.

Additionally, one of the main recommendations within the briefing states “sponsors should complete a lengthy study to assess the risk of suicidality prior to approval.” The analyst thinks this recommendation increased the risk of a Complete Response.

Valeant has two other pipeline drugs in the works as well. The FDA decision for the NDA, New Drug Application, of Relistor oral and Vesneo are taking place this week. While these new drugs offer possibilities to increase revenues, Maruoka is more focused on other aspects of Valeant such as “Walgreens partnership and the company’s relationships with managed care.”

Maruoka maintained his Hold rating for Valeant with a price target of $28, marking a 19% increase from current levels. According to TipRanks, the analyst has a yearly average loss of 31.8% and a 16% success rate. The analyst has a 38.9% average loss when recommending Valeant, and is ranked #3,970 out of 4058 analysts. 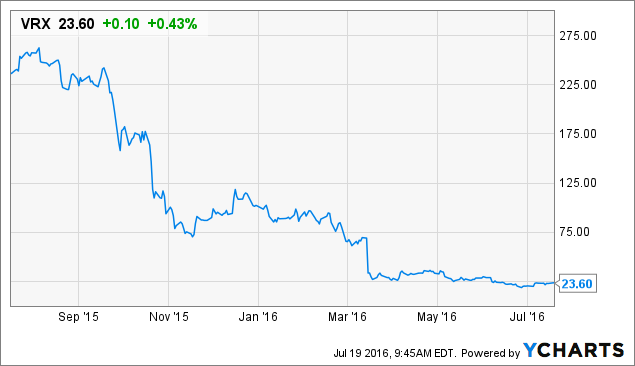