Stratasys: Shares May Lag Its Peers In The Space In The Short Term, Says Oppenheimer

In a research report issued yesterday, Oppenheimer analyst Holden Lewis initiated coverage on Stratasys (NASDAQ:SSYS) with a perform rating, while no price target was provided.

Lewis wrote, “We are initiating coverage of Stratasys with a Perform rating. Stratasys taps the sector’s secular growth, and its market position, installed base, resources, and record of execution has made it one of the best performing 3D names of late. In our view, it deserves its reputation as the “safety” 3D play. Still, we think that safety has been overvalued near term. Stratasys remains in investment mode and should have M&A- related dilution in 2016 that may result in relative fundamental performance that is not as great as currently expected. As such, the shares may lag its peers in the space in the short term.”

According to TipRanks.com, which measures analysts’ and bloggers’ success rate based on how their calls perform, analyst Holden Lewis has a total average return of -5.7% and a 33.3% success rate. Lewis is ranked #2818 out of 3337 analysts. 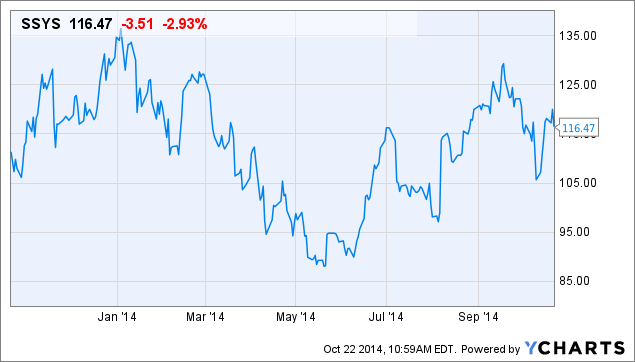