In a report released this morning, Roth Capital analyst Richard Baldry initiated coverage on Concur Technologies (CNQR) with a Buy rating and a $130 price target, representing a potential upside of 40% from where the stock is currently trading.

“We believe Concur’s T&E offerings carry a strong customer ROI, while scale and partnering efforts offer high competitive barriers. These factors should support continued accelerated growth and its status as a premier SaaS player, in our view. As we believe recent valuation weakness should prove a short-term phenomenon, we advocate building core positions at current levels”, Baldry wrote.

According to TipRanks, which measures analysts and bloggers success rate based on how their calls perform, analyst Richard Baldry currently has a one-year average return of 15.4% and a 67% success rate. He is ranked #1000 out of 3128 analysts. 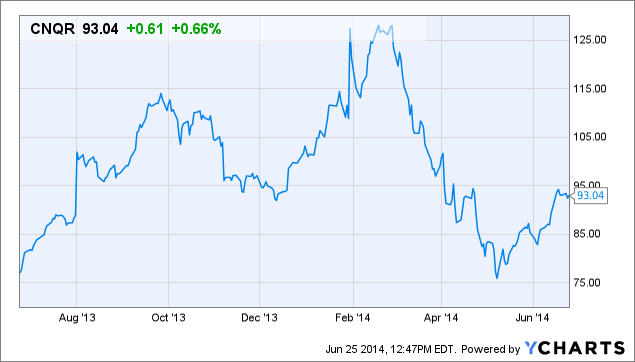