In a research report released today, Roth Capital analyst Debjit Chattopadhyay initiated coverage on shares of Vical Incorporated (NASDAQ:VICL) with a Buy rating and a $4.65 price target, which implies an upside of 374% from current levels.

Chattopadhyay wrote, “While most are still skeptical, given the failure to meet initial promise, DNA vaccines are currently seeing a resurgent interest in part due to the introduction of more efficient designs and improved delivery, with Vical as one of the pioneers. Second-generation DNA vaccines appear to drive improved cellular and humoral immune responses in both small and large animal models, which has seen translation into humans both from Vical and its competitors. Vical’s lead clinical asset (targeting CMV in the transplant setting) is partnered with Astellas.”

Bottom line: “Based on Vical’s ~$37M EV we believe, very little optimism on its technology or clinical progress is refelcted in its shares, which could appreciate significantly if the HSV2 vaccine validates platform promise.”

According to TipRanks.com, which measures analysts’ and bloggers’ success rate based on how their calls perform, analyst Debjit Chattopadhyay has a total average return of 31.7% and a 69.9% success rate. Chattopadhyay is ranked #22 out of 3610 analysts. 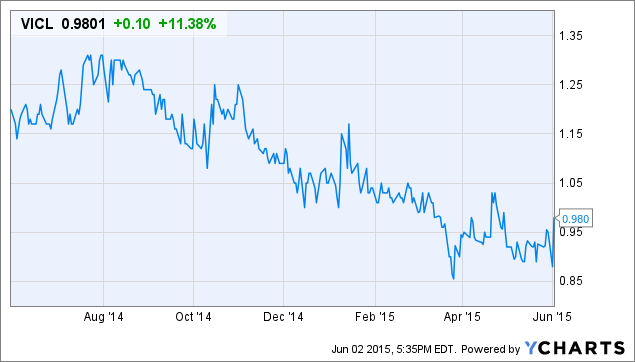