In a research report released this morning, Pacific Crest analyst Brad Erickson initiated coverage on shares of Fitbit Inc (NYSE:FIT) with an Overweight rating and price target of $47, which implies an upside of 47% from current levels.

Erickson wrote, “While Apple is a risk to FIT, it is also one of the few risks in the near to medium term, in our view. The business is growing ridiculously fast, margin expectations are depressed, and we like Fitbit’s opportunities beyond consumer in corporate wellness channels. The primary risk we must acknowledge is if Apple were to enter the fitness monitoring space directly. Apple’s current presence in fitness watches doesn’t represent a risk to Fitbit, in our view, and in the absence of a product launch from Apple, we think Fitbit’s growth can exceed expectations, with competitive concerns likely proving overdone at current levels.”

“We forecast a 54% three-year revenue CAGR, but without margin expansion this year due to high marketing spending. We think there’s likely upside to numbers and would note a lack of precision to our and consensus estimates given that Fitbit’s guidance assumes no new product introductions, which we believe are likely,” the analyst added.

According to TipRanks.com, which measures analysts’ and bloggers’ success rate based on how their calls perform, analyst Brad Erickson has a total average return of 1.0% and a 52.6% success rate. Erickson is ranked #2114 out of 3757 analysts.

Out of the 14 analysts polled by TipRanks, 9 rate Fitbit stock a Buy, while 5 rate the stock a Hold. With a return potential of 69.5%, the stock’s consensus target price stands at $54.25. 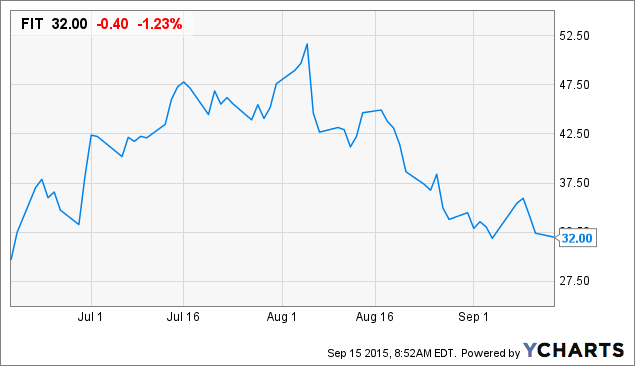