In a research report issued yesterday, Oppenheimer analyst Holden Lewis initiated an Outperform rating on ExOne (NASDAQ:XONE) with a price target of $35.00.

Lewis said, “We are initiating coverage of ExOne with an Outperform rating and a 12- to 18- month price target of $35. XONE has lagged in 2014 with losses widening amid heavy investment. These fortunes may be set to reverse. Sector-leading growth remains healthy heading into 2015, so scale should build. Simultaneously, spending rates should cool and learning curve-related costs may fall away, the net effect likely being better leverage and a sharp narrowing of losses. The year 2015 has always been where rising volumes were likely to meet improved capability and rising productivity. If management can execute to that, it could improve sentiment and valuation.” 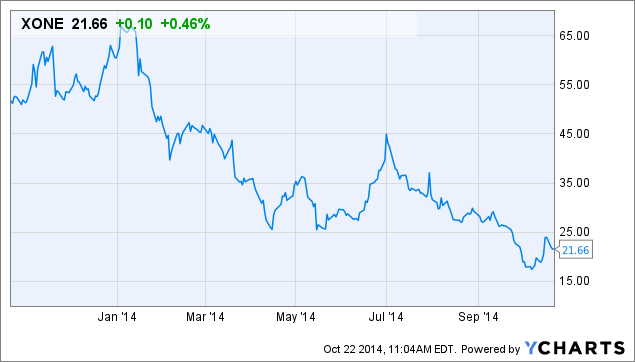