In a research report released Wednesday, MLV & Co. analyst Ram Selvaraju initiated coverage on shares of Catalyst Pharmaceuticals Inc (NASDAQ:CPRX) with a Buy rating and a $14 price target, which implies an upside of 251% from current levels.

Selvaraju wrote, “Catalyst is an underrated specialty pharmaceuticals firm with a lead drug candidate, Firdapse™, aimed at treatment of niche neurological disorders. In our view, the market is undervaluing both Catalyst’s ability to achieve premium pricing for Firdapse™ (potentially in the $150,000 – $200,000 per patient annual range) as well as the firm’s ability to secure Orphan Drug status and thus seven years of market exclusivity for the drug.”

“We expect Catalyst to file for approval of Firdapse™ by the fourth quarter of this year and receive regulatory approval by mid-2016, paving the way for a secondhalf 2016 launch of the drug in the United States.”, the analyst added. 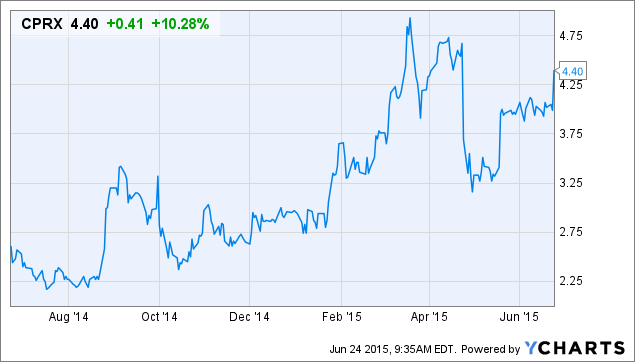