In a research report released today, MLV analyst Ryan Meliker initiated a coverage on shares of GEO Group (NYSE:GEO) with a Buy rating and a $46 price target, which represents a 22% upside from where the stock is currently trading.

Meliker wrote, “We believe the company offers a very compelling story that includes a strong operating free cash flow, an attractive common dividend, defensive operating fundamentals, and robust external growth. Additionally, our work suggests that investor concern surrounding regulatory risk, particularly regarding sentencing reform and immigration reform is unfounded. Trading at an attractive 8.6% operating free cash flow yield on 2014 estimates and at a Recurring FFO multiple that is over 5x below the REIT sector average, we believe continued execution will lead GEO’s multiple to expand. However, while investors are waiting for the multiple expansion story to unfold, they are rewarded with a 6.1% dividend yield, with upside into 2015 as the dividend coverage is 1.4x.”

The analyst continued, “While prisoner levels have been roughly flat since 2001, the private sector’s level has increased at a 3% CAGR over that time, but market share still only stands at 8%. We believe the increase in market share is driven by two key factors; lower operating costs at a private facility and the government’s ability to conserve long-term capital as opposed to deploying it into a new facility.” The analyst added, “Since December 2007, the stock has generated an 82% total return vs. the SNL US REIT index of 69%. While these returns were aided by the REIT conversion, we believe these returns were primarily driven by an EBITDA/ share CAGR of 6.5% since 2007. Note that these growth levels are inclusive of the negative impact from California’s decommissioning of four properties in late 2011 and the sale of management contracts in late 2012 as part of the REIT conversion.”

According to TipRanks.com, which measures analysts’ and bloggers’ success rate based on how their calls perform, analyst Ryan Meliker has a total average return of 11.4% and a 76.2% success rate. Meliker is ranked #583 out of 3354 analysts. 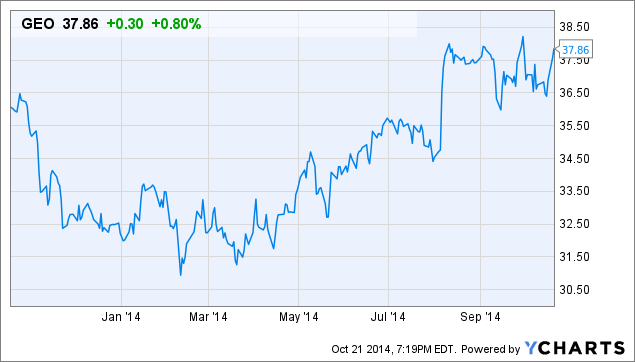