In a research report released April 17, H.C. Wainwright analyst Andrew Fein initiated coverage on shares of Invivo Therapeutics Holdings Corp (NASDAQ:NVIV) with a Buy rating and a $25 price target, which represents a potential upside of 69% from where the stock is currently trading.

Fein wrote, “We argue that despite the preliminary stage of the clinical study, so far, the cards have been stacked in NVIV’s favor, specifically: (1) regulatory blessing (FDA-approved expedited enrollment for pilot study; low efficacy bar and expedited commercial approval process via the HDE); (2) a market ripe for penetration (SCI prevalence for US is approximately 276K with no clinically proven standard of care and tremendous economic and social burden on patients); (3) lack of imminent threat from competitors (mostly drug-based approaches in Phase 2, all of which are more likely to complement rather than cannibalize sales); and most importantly, (4) a catalyst-heavy year ahead that should compound the bull case and de-risk the asset along the way.”

Furthermore, “We believe that Neuro-Spinal Scaffold’s commercial potential in acute SCI alone offers upside to current trading levels, with the second-gen for chronic SCI (“Bioengineered Neural Tissue”) offering a free call option. In anticipation of the news in 2015, we are initiating coverage.”

According to TipRanks.com, which measures analysts’ and bloggers’ success rate based on how their calls perform, analyst Andrew Fein has a total average return of 29.1% and a 67.8% success rate. Fein is ranked #93 out of 3573 analysts. 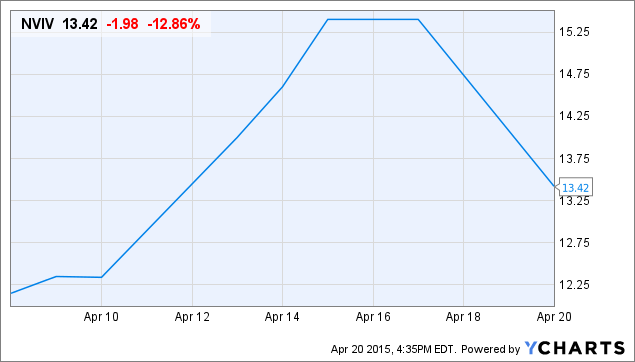