In a research report released this morning, H.C. Wainwright analyst Swayampakula Ramakanth initiated coverage on shares of IntelGenx Technologies Corp. (IGXT). He issued a Buy rating and a $2.00 price target on the stock, which represents a potential upside of 186% from where the stock is currently trading.

The analyst observed, “At the outset, the shares of IntelGenx seem to be highrisk as the management needs to resolve issues with their current marketed product and two products that are under FDA review. However, we consider the shares as high-risk/high-reward as we believe that the company has potential to receive multiple streams of revenue post 2014, and the management is working diligently to alleviate the current situation. IntelGenx, operating in the $70 billion drug delivery market, utilizes its three oral platforms to develop generic or follow-on therapeutics. The business strategy is to develop products using their patent-protected technologies and license the commercial rights, lowering both regulatory and commercial risks. This strategy has been validated by the launch of Forfivo XL for the treatment of major depressive disorder (estimated WW market of $9 billion), with partner, Edgemont in October 2012. Additionally, partnerships exist for five products in the pipeline. Two of them: INT0008 (migraine, estimated WW market of $3 billion) and INT0027 (opioid dependence, estimated WW market of $2 billion) are under FDA review and could potentially be launched in 2016. Further validation came as an extension of the current Par Pharma collaboration to develop two additional products for undisclosed indications in January 2014. However, management needs to resolve the INT0008 related supply issue and IP related legal issues for Forfivo and INT0027, and we believe they are making progress. Investors could expect to gain clarity on these matters potentially by the end of 2014”.

According to TipRanks, which measures analysts and bloggers success rate based on how their calls perform, analyst Swayampakula Ramakanth currently has a one-year average return of 7.3% and a 50% success rate. He is ranked #2326 out of 3140 analysts. 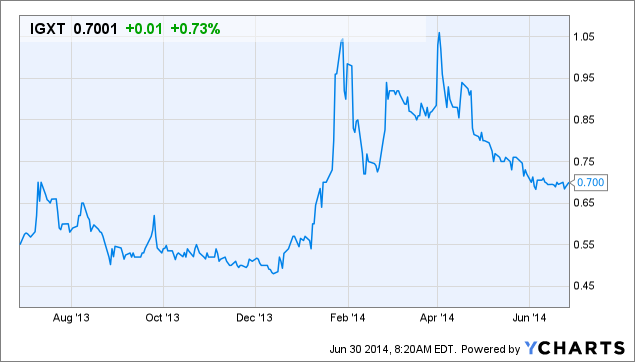