In a research noted released today, H.C. Wainwright analyst Reni Benjamin initiated a Buy rating on Cesca Therapeutics Inc. (KOOL) and a price target of $5 based on a combined discounted earnings per share and revenue multiple analysis and a comparables valuation methodology.

Benjamin noted, “Cesca has the potential to expand into multiple late-stage clinical trials with a focus primarily on the vascular and orthopedic markets. With a solid portfolio of diverse assets, and a cash position of $17 MM (pro forma), we believe Cesca represents an undervalued player with significant upside for the long- term investor”.

According to TipRanks, which measures analysts and bloggers success rate based on how their calls perform, analyst Reni Benjamin currently has an average return of 4.7% and a 44% success rate. He is ranked #1478 out of 3133 analysts. 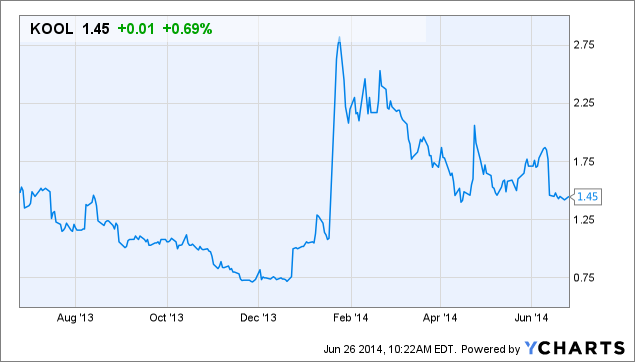