In a research report released today, FBR Capital analyst Edward White initiated coverage on shares of Kite Pharma Inc (NASDAQ:KITE) with a price target of $64, which implies an upside of nearly 22% from current levels.

White wrote, “Kite is a biotechnology company developing immuno-oncology therapies for the treatment of both liquid and solid tumors. Kite’s CAR (chimeric antigen receptor) and TCR (T cell receptor) technologies harness a patient’s own T cells to selectively target and kill cancer cells. Kite genetically modifies T cells to exhibit specific receptors that can recognize cancer antigens on the surface or inside of a cancerous cell. The CAR and TCR technologies should enable Kite to target a broad array of tumors.”

“The company’s lead product candidate, KTE-C19, treats refractory aggressive non-Hodgkin’s lymphoma and other hematological cancers. In May, the company treated the first patient in its Phase I/II trial. We believe top-line data from the Phase I safety portion of the trial could be presented at the American Society of Hematology (ASH) conference in December. Prior to this study, the company reported strong results in patients with refractory aggressive NHL from the ongoing anti-CD19 CAR T study being conducted under its CRADA with the National Cancer Institute (NCI), as the overall response rate was 76%,” the analyst continued.

All the 8 analysts polled by TipRanks rate Kite Pharma Inc stock a Buy. With a return potential of 61.3%, the stock’s consensus target price stands at $85.50. 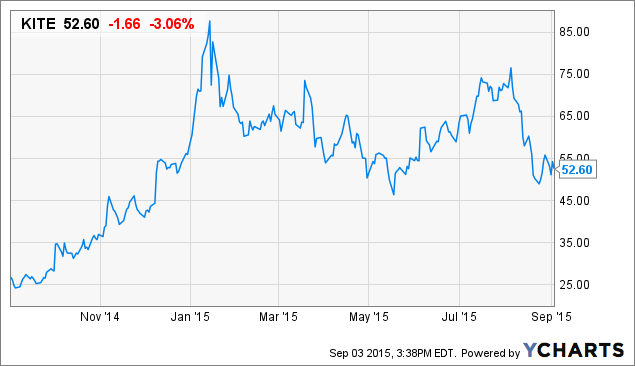