Cantor Initiates Coverage On DURECT But Remains On The Sidelines

In a research report released Tuesday, Cantor analyst Irina Rivkind initiated coverage on shares of DURECT Corporation (NASDAQ:DRRX) with a Hold rating and a price target of $1.00, which represents a potential upside of 20% from where the stock is currently trading.

Rivkind noted, “While Durect has a number of promising partnered programs, a recent setback on Remoxy and a two-year delay associated with POSIDUR launch force us to take a conservative view of the stock since we now don’t expect any meaningful revenue contribution from these assets until 2017.”

The analyst added, “We could get somewhat more constructive with additional visibility about Remoxy progression or disclosure of additional partnerships or milestones. We do not view Durect as a likely takeout candidate before the approval of POSIDUR in 2017 and therefore value the stock using DCF, which supports our HOLD rating and $1.00 price target.” 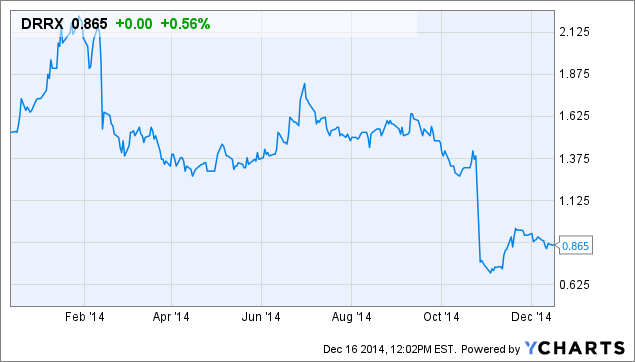 Oppenheimer: These 3 “Strong Buy” Stocks Could See 120% Gains, If Not More