In the report, the Berman noted, “Through its state-of-the-art Pioneer Terminal and integrated midstream operation in New Town, North Dakota, Dakota Plains should be well positioned to capitalize on the growth of the Williston Basin through its crude-by-rail model. For the time being, however, we believe transloading volume growth will be limited since DAKP must first expand capacity at its New Town facility. We therefore initiate coverage with a HOLD rating, while mindful of the upside that could come with expansion of the facility”.

The analyst continued, “We are on the sidelines pending further clarity on increasing capacity in New Town. While potential liabilities related to the Lac-Mégantic accident could remain an overhang for some time, we believe this risk is manageable and would expect the stock to perform well once a path to volume growth is visible.”

According to TipRanks, which measures analysts and bloggers success rate based on how their calls perform, analyst Stephen Berman currently has a one-year average return of 21.3% and a 75% success rate. He is ranked #271 out of 3133 analysts. 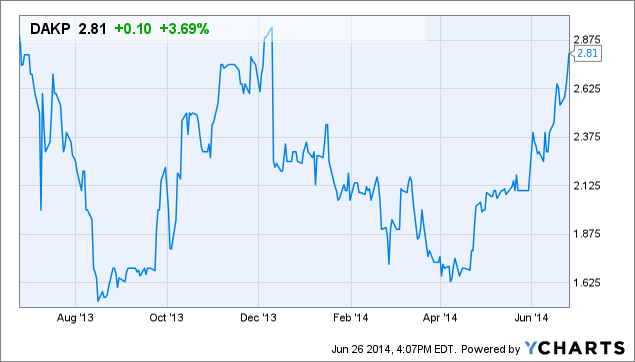