Brean Capital analyst Difei Yang initiated coverage on shares of Horizon Pharma (NASDAQ:HZNP) with a Buy rating and a price target of $18, which represents a potential upside of 26% from where the stock is currently trading.

The analyst added, “The company finished Q3, 2014 with $250 million in cash and $390 million in debt. We are not concerned about the leverage in the balance sheet due to the company’s strong expected ability to generate positive cash flow in 2015 and beyond.”

According to TipRanks.com, which measures analysts’ and bloggers’ success rate based on how their calls perform, analyst Difei Yang has a total average return of 0.4% and a 44.4% success rate. Yang is ranked #2290 out of 3434 analysts. 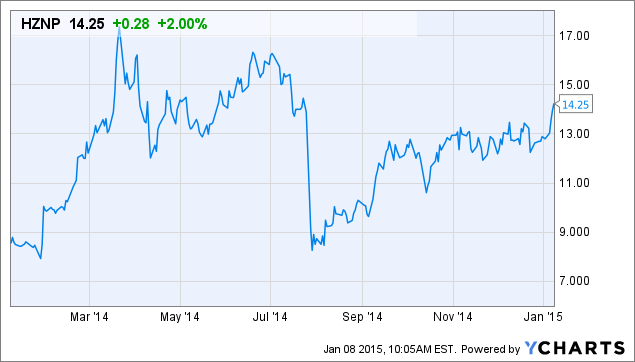