In a research report issued this morning, Brean Capital analyst Jonathan Aschoff initiated coverage on shares of Neuralstem (NYSE:CUR) with a Buy rating and an $8 price target, which represents a potential upside of 126% from where the stock is currently trading.

Aschoff commented: “Neuralstem has two neurogenesis programs for multiple indications under development. NSI-189 is Neuralstem’s leading small molecule oral drug being developed for depression, and we believe it may be used upfront in patients with a more pronounced cognitive defect, given the benefit to cognition already seen in Phase 1. Unlike current antidepressants, NSI-189 acts by promoting the growth of new neurons in the brain and increasing synaptic connections. It is also the only drug that was shown to increase brain wave patterns in depressed humans and enlarge hippocampal volume in healthy mice. NSI-189 will enter Phase 2 for major depressive disorder in April 2015, with results expected in 1Q17. Neuralstem will also start another trial with NSI-189 by mid-2015 for cognitive deficit in schizophrenia, with results around 1Q16, importantly providing a nearer-term catalyst.”

According to TipRanks.com, which measures analysts’ and bloggers’ success rate based on how their calls perform, analyst Jonathan Aschoff has a total average return of 11.3% and a 56.5% success rate. Aschoff is ranked #288 out of 3476 analysts. 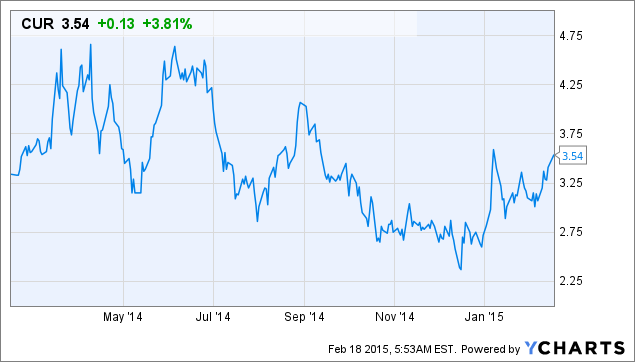