In his guidance for the company, analyst Daniel McKenzie from Buckingham Research has given a buy rating for American Airlines Group Inc (NASDAQ:AAL) on September 11 and has set a price target of $56. On Friday, the company’s shares closed at $42.15.

According to McKenzie, the company should benefit from the lower fuel prices and its restructuring efforts. He added, however, that since the company has not changed its guidance for Q315, in spite of lower fuel prices, it is an indication of weaker revenues. McKenzie said, “For 2016, we’re leaving our outlook unchanged given macro/FX headwinds, with a 1.5% cut to revenue offset by lower fuel expense.”

While challenges around PRASM (Passenger Revenue Per Available Seat Mile) are likely to continue, many estimate American Airlines to be the top-performing airline stock in 2016. The airline has raised its 2015 estimates for operating margin to 17.3% (from 16.6%) and for EPS to $8.85 (from $8.46). The company had reported record earnings ($1.9 billion) for Q2 2015. For the past 8 quarters, the stock has outperformed the Street’s EPS consensus.

In spite of the record earnings, industry observers have expressed concern about the sluggish revenue numbers. Also, it is believed airline capacity is increasing faster than demand, thus exerting pressure on prices and revenues. Furthermore, many analysts have expressed doubt whether the growth in earnings can be attributed to anything else other than the drop in fuel prices.

McKenzie also mentioned that the airline is working towards becoming more efficient in regional flying. He added the company is utilizing its surplus aircraft financing for share buyback. Overall, McKenzie’s optimism for the company stems from three factors: the company’s strong liquidity position, its restructuring initiatives, and the share repurchase program.

According to TipRanks, Daniel McKenzie has an overall success rate of 58% recommending stocks and a +12.2% average return per recommendation when measured over a one-year horizon and no benchmark.

Out of eight analysts polled by TipRanks within the past three months, six are bullish on American Airlines and two are neutral. The average 12-month price target on the company is $55.57, marking a 31.59% potential upside from current levels. 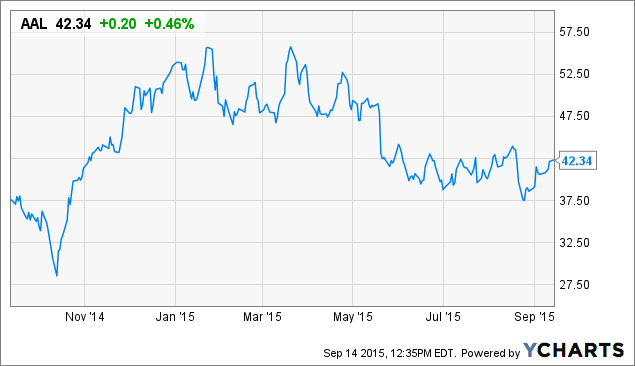